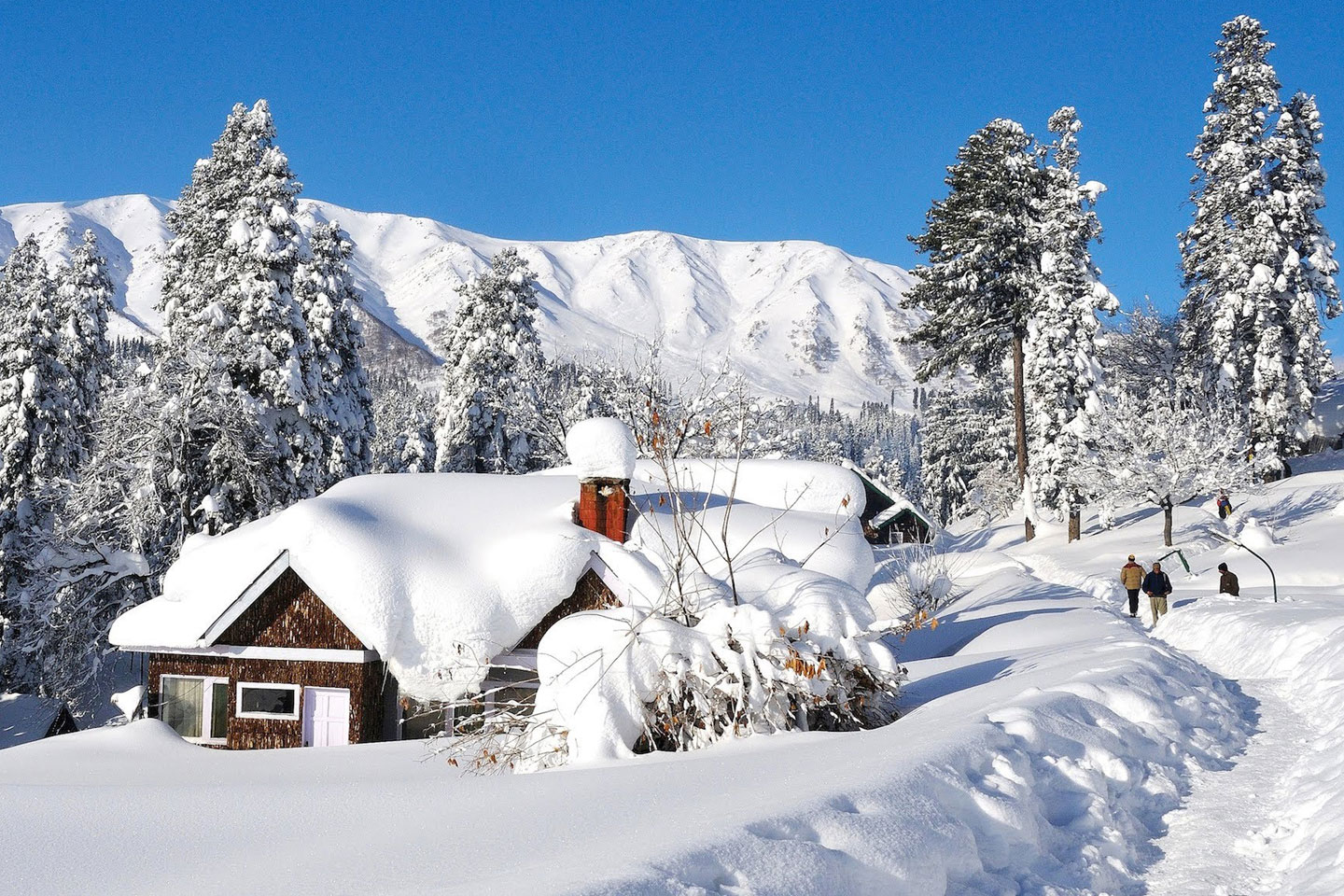 Gulmarg is a town, a hill station, a popular skiing destination and a notified area committee in Baramula district in the Indian state of Jammu and Kashmir.The town is situated in the Pirpanjal range in the western the Himalayas. Originally named Gaurimarg (“the fair one”) by shepherds in honor of the Hindu goddess Parvati, the resort was renamed Gulmarg (“meadow of flowers”) by Sultan Yusuf Shah of the Chak Dynasty who frequented the place with his queen Habba khatoon in the 16th century. Wild flowers of 21 different varieties were collected by the Mughal emperor Jahangir for his gardens in Gulmarg. In the 19th century, British civil servants started using Gulmarg as a retreat to escape summers in North Indian plains. Hunting and golfing were their favorite pastime and three golf courses were established in Gulmarg including one exclusively for women. One of the three golf courses established survives to the present day and at an altitude of 2,650 metres (8,690 ft) is the world’s highest golf course. In 1927, British established a ski club in Gulmarg and two annual ski events were hosted one each during Christmas and Easter. Central Asian explorer Aurel Stein also visited Gulmarg during this period.

Gulmarg lies in a cup shaped valley in the Pir Panjal Range of the Himalayas, at an altitude of 2,650 m (8,694 ft), 56 km from Srinagar.The soil in Gulmarg comprises glacial deposits, lacustrine deposits and moraines of pleistocene era covering shales, limestones, sandstones, schists and other varieties of rocks. The natural meadows of Gulmarg, which are covered with snow in winter, allow the growth of wild flowers such as daisies, forget-me-nots and butter cups during spring and summer.The meadows are interspersed by enclosed parks and small lakes, and surrounded by forests of green pine and fir. Skiing and other winter sports in Gulmarg are carried out on the slopes of Apharwat peak at a height of 4,267 m (13,999 ft).Many points on Apharwat peak and Khilanmarg offer a panoramic view of Nanga Parbat and Harmukh mountains.